Update! The sequel to Takes one to Know One is available for pre-order! 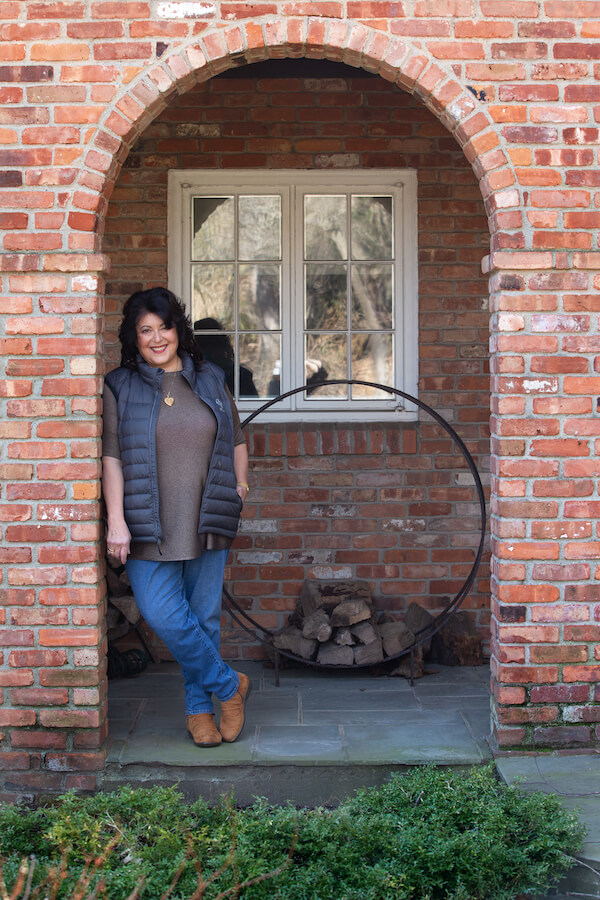 I was born in a thatched cottage in the Cotswolds. Oh, you want the truth. Fine. I was born in Brooklyn and educated at Queens College. After leaving school, I saw one of those ads: BE A COMPUTER PROGRAMMER! Take our aptitude test. Since I had nothing else in mind, I took the test-and flunked. The guy at the employment agency looked at my resume and mumbled, “You wrote for your college paper? Uh, we have an opening at Seventeen magazine.” That’s how I became a writer.

I liked my job, but I found doing advice to the lovelorn and articles like “How to Write a Letter to a Boy” somewhat short of fulfilling. So, first as a volunteer, then for actual money, I wrote political speeches in my spare time. I did less of that when I met a wonderful guy, Elkan Abramowitz, then a federal prosecutor.

We were married and a little more than a year later, we had Andrew (now a corporate lawyer). Three years later, Elizabeth (now a philosopher) was born. I’d left Seventeen to be home with my kids but continued to write speeches and the occasional magazine piece. During what free time I had, I read more mysteries than was healthy. Possibly I became deranged, but I thought, I can do this.

And that’s how Compromising Positions, a whodunit with a housewife-detectives set on Long Island came about. Talk about good luck: it was chosen the Main Selection of the Book-of-the-Month Club, auctioned for paperback, sold to the movies, translated into thirty languages, and became a bestseller. I was a little overwhelmed by the success, but since it’s hard to be cool and go to fabulous downtown parties when you’re living in the suburbs with a husband, two kids, two dogs, and a station wagon, I simply wrote another book… and then another and another. About half my works are mysteries, two fall into the category of espionage, and the rest are…well, regular novels. In the horn-tooting department, all my novels have been New York Times bestsellers. (Goldberg Variations will be published October 2, 2012.)

I also wrote one work of nonfiction, a slew of articles, essays, and op-ed pieces. Newsday sent me to write about the 2000 presidential campaign, which was one of the greatest thrills of my life-going to both conventions, riding beside John McCain on the Straight Talk Express, interviewing George W. Bush. I also reviewed books for the New York Times, Los Angeles Times, Washington Post, and Newsday. (My website has far more information about my projects than most people would want to know, but have a look.)

In the mid-1980s, I wrote the screenplay for Paramount’s Compromising Positions which starred Susan Sarandon and Raul Julia. I also wrote and co-produced Touchstone’s Hello Again which starred Shelley Long, Gabriel Byrne, and Judith Ivey. (My fourth novel, Shining Through, set during World War II became the 20th Century Fox movie starring Michael Douglas, Melanie Griffith and Liam Neeson. I would have written the script, except I wasn’t asked.)

Here’s the professional stuff. I’m a recipient of the Writers for Writers Award, the Marymount Manhattan Writing Center Award, and the John Steinbeck Award. I’m chairman of the board of the literary organization, Poets & Writers and a past president of Mystery Writers of America. I also belong to the National Book Critics Circle, the Creative Coalition, PEN, the American Society Of Journalists and Authors, The International Association of Crime Writers, and Adam Round Table.

In the community, I’m a trustee of the Queens College Foundation and the Jewish Theological Seminary.  I also support the Walt Whitman’s Birthplace Association, the North Shore Child and Family Guidance Association, the Nassau County Coalition against Domestic Violence, and a couple of organizations working on behalf of the developmentally disabled.  (My adorable grandson Edmund was born with a genetic disorder called 5P-, or cri-du-chat.)

Writers need freedom, and I’m an ardent supporter of free speech and free expression. I’ve worked to gather support for the National Endowment of the Arts’ literature program and have been involved in several anti-censorship campaigns.

My children are grown, married to wonderful people, and they’ve made me a grandmother. (Being a grandparent is one of those rare times in life that lives up to its rave reviews – I suppose as partial compensation for adolescence.) And I still live on Long Island with my husband, the criminal defense lawyer, breakfast chef, and fellow political junkie. After forty years of marriage, we’re still exchanging significant looks as we watch Meet the Press.