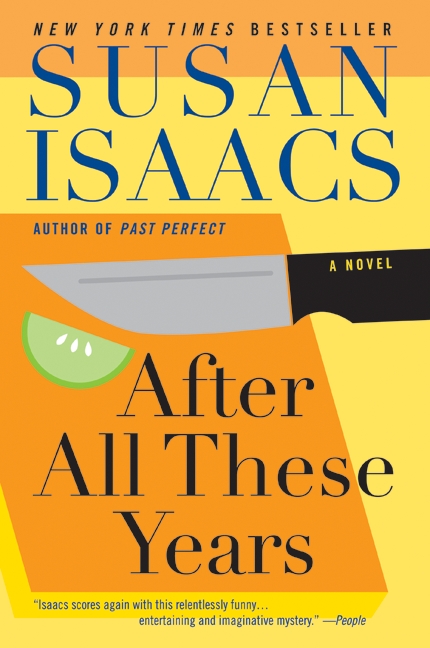 Rosie Myers, high school English teacher, wife and mother, didn’t exactly object when her husband Richie changed from an easy-going math teacher into the hotshot president of a multi-million-dollar corporation in Manhattan. Well, she did worry how living on a grand waterfront estate in Long Island might affect the family, but what could be bad about the good life? She finds out when Richie leaves her the morning after their twenty-fifth wedding anniversary party - for a younger, prettier, and possibly smarter woman. Since then, Rosie’s been living alone in the big house, grieving over her loss… and eating more chocolate chocolate chip ice cream than is necessary to sustain life. Late one night, on her way to the refrigerator, she trips over - Richie! Dead on the kitchen floor, a carving knife in his chest. True, there is no evidence that anyone besides Rosie and Richie were in the house. Admittedly, Rosie does have a motive. And the murder weapon came from her kitchen. So naturally the police think she’s guilty. Rosie knows she has to save herself. Hours before she’s to be arrested, she gives the police the slip and heads for New York City to find the real killer. What she discovers is that Richie, the husband she thought she knew, had been living a secret, high-style life as he tried to charm his way into the jet-set.

On the lam in Manhattan, Rosie summons guts and savvy she never knew she had. In her daring and devious quest for the killer, she brilliantly pieces together the clues to her freedom and meets some old friends along the way who show her how to live again after all these years with the wrong man. After All These Years is an irresistible mystery, replete with Isaac’s razor-sharp wit, splendidly drawn characters, and a brave, irreverent heroine readers will love.

>> Susan’s inspiration for After All These Years.