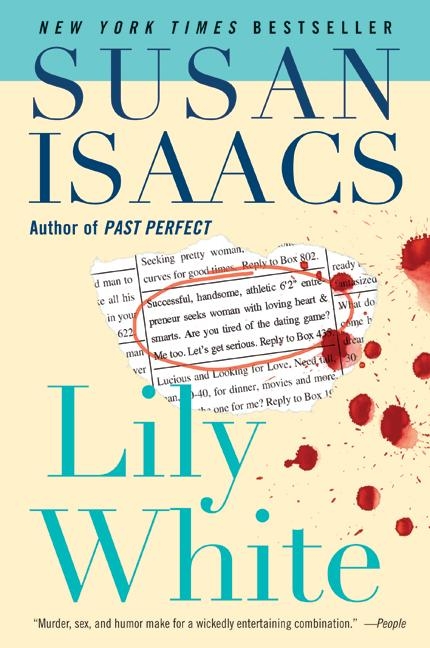 Lee (née Lily) White is a defense lawyer practicing on Long Island. Into her life drifts Norman Torkelson, a career con man charged with strangling his latest mark. At first, the case seems open and shut. But just as Lee is resigning herself to a guilty verdict, she begins to have doubts. After all, what was Norman’s motive? Lee starts to wonder if her client is covering for the real killer, and in doing so, performing the first selfless act of his life. As the case unfolds, so does the story behind the story: Lee is a privileged child coming age on Long Island. Her parents are devoted to the pursuit of money and status. When Lee marries a scion of Long Island blue bloods, her life seems blessed. But is the sacrifice of her dreams worth the approval she garners from her parents?

On one level Isaacs has created a pitch-perfect social satire…on another…she has written a psychological thriller whose portraits of an amoral conman and his mate, of the dehumanizing effects of the prison system and of the state of criminal investigation are rendered with snappy authenticity.”