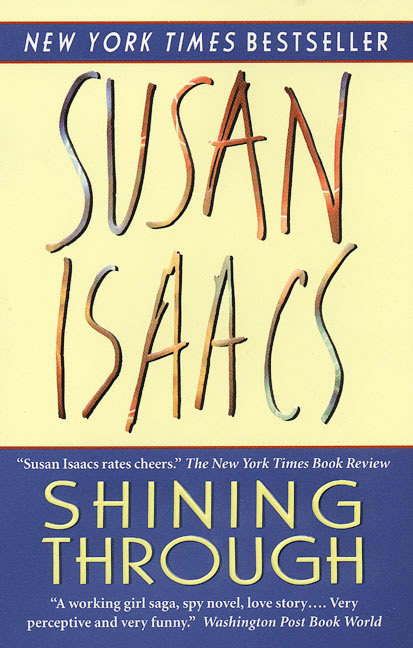 “In 1940, when I was thirty-one and an old maid, while the world waited for war, I fell in love with John Berringer.” Every night Linda Voss covers her typewriter, says goodnight to the other secretaries and takes the subway from Wall Street to her home in Queens, where she has dreams about her boss, the extravagantly handsome, brilliant and altogether unattainable John Berringer. But she is a realist and knows that her reveries of bliss in Mr. Berringer’s arms are simply consoling fantasies. And yet four years later, Linda Voss Berringer no longer needs dreams to comfort her; this ordinary working girl emerges triumphant from the ruins of the second world war as a woman of valor, a genuine hero. Linda’s story involves passion, when a blazing affair with John Berringer leads to pregnancy and a gentlemanly offer of marriage; then betrayal, as their marriage is rocked by John’s faithlessness; and finally intrigue, both the polite variety of Wall Street wives and a more deadly kind when Linda joins the war effort as a spy. The master of her own fate in a world out of control, Linda penetrates the heart of Nazi terror and carries out one of the war’s most deadly missions. Like a blazing rocket, the novel ends in an explosion of danger, action and unexpected romance.

>> Susan’s inspiration for Shining Through.

‘“One of those immensely readable stories that keeps the pages turning- never mind eating, sleeping or other unnecessary rudiments of daily routine…. Told with warmth, humor and a sure sense of drama, Shining Through is a thoroughly engaging book."’”